One of the heroes of conservation during my formative years was Stewart Udall, who died last weekend. High Country News honored him in this tribute written by Gary Nabhan.

The 1960s were heady times, of course, and to be honest I was a little young to appreciate their full effect. But I heard of Udall even then, and (as Secretary of Interior under Presidents Kennedy and Johnson) his name was synonymous with strong environmental protection in a much different, even inconceivable, era. For example, one of the things he stopped was the idea of a jetport in the Florida Everglades. He also helped make the Great Swamp (New Jersey) a National Wildlife Refuge and wilderness area instead of another regional jetport. In fact he helped add almost 4 million acres to U.S. public lands, including Canyonlands and three other national parks. He brought Wallace Stegner to Washington as Interior's writer-in-residence, and supported Rachel Carson when she alerted us to the dangers of pesticides. 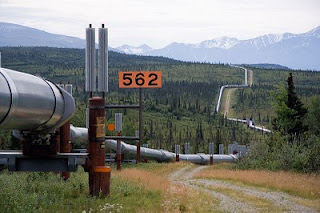 Another inconceivable idea, the Trans Alaska Pipeline System, came later, but by then Rogers Morton was Secretary of Interior (after a brief tenure by Alaska's Wally Hickel), an "oil crisis" was in full swing, and U.S. policy had not-so-subtly shifted. Then came the infamous James Watt (under Reagan)... Anyway, so Udall's record at Interior remains outstanding, and not just in comparison with his successors. [Photo credit: Luca Galuzzi]

Interviewed earlier (2004) by the same publication, Udall commented on the fate of conservation in these subsequent political climates:

From 1961 until the Reagan administration, all of the presidents gave strong support for conservation. It was like a relay race in the Olympics. You would pass the baton, and Nixon took it and ran, and Ford and Carter, but when James Watt took over [the Interior Department] for Reagan, he didn’t want the baton, it just dropped to the floor, and" — with the exception of the Clinton administration — "that’s where it’s been since then."

Udall also saw his errors, as he wrote, with wife Lee, in an open letter to their grandchildren in 2008:

As a freshman congressman in 1955, I regrettably voted with my unanimous colleagues for the Interstate Highway Program. All of us acted on the shortsighted assumption that cheap oil was super-abundant and would always be available. This illusion began to unravel in the 1970s, and it haunts Americans today.... I am convinced that the American people will tighten their belts if a president forges a national strategy to stretch the life of our oil reserves and to adjust to a long-range plan of energy conservation....

Foster a consciousness that puts a premium on the common good and the protection of the environment. Give your unstinting support to all lasting, fruitful technological innovations. Be steadfast enemies of waste. The lifetime crusade of your days must be to develop a new energy ethic to sustain life on earth. ... Go well, do well, my children. Cherish sunsets, wild creatures and wild places. Have a love affair with the wonder and beauty of the Earth.

Isn't it sad that such progressive thinking as that is now doomed before it even gets off the starting block? The dreams of the 60s and 70s were shot down by the 80s and the almighty dollar. Will we ever learn?