Cordials as a Botanical Adventure

Update: This post belatedly submitted to Mixology Monday, the Witches' Garden edition, to be hosted at Cardiff Cocktails after May 20.

As with so many adventures, this one started quite by accident. I was browsing happily, and something caught my eye on someone's website—it might have been the Phytophactor’s—off we go then! The link led me to the Drunken Botanist, surely an intriguing name for a website. My curiosity was captured at once by a story about chartreuse, a word heretofore known to me only as a color.

A discovery like this makes you wonder where you’ve been all your life—how could such a thing be novel after so many decades of botanical exploration? I needed to find out what this tasted like, and as the post was not merely a description but an invitation to experimentation, my course was set. I rounded up some likely suspects—herbs as well as friends—and we assembled the fixings by a “bring your own…” process. The first batch last June contained some 32 botanical ingredients (excluding the vodka) and was deemed wildly successful, although insufficient; a second batch had to follow before the month was out.


Chartreuse, as you may know, is an ancient herbal liqueur first formulated by monks in France as a medicinal tonic incorporating the benefits of some 130 herbs. Everything we needed to know was found at Amy Stewart’s post on the Drunken Botanist. Me, I'm still trying to imagine 130 herbs! 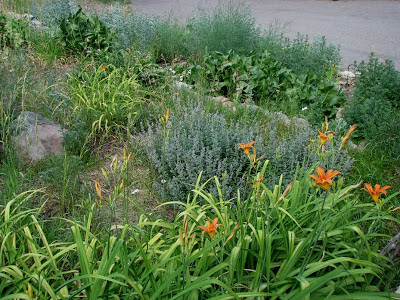 By the end of our adventure, I was somewhat closer to being able to envision such abundance.

We took Amy at her word: "If it grows in the French countryside and it’s not likely to kill you, it’s probably in there." But caution is of the essence—PLEASE don't attempt this, or any other botanical creation, unless you have the required expertise, or can consult someone who does! 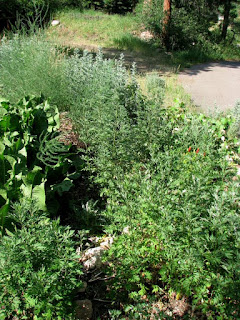 Our second attempt focused more on the botany of imbibing. We assembled the bot group for a foraging expedition, price of admission being one or more forbs as contributions and perhaps a bottle of vodka for the steeping. Indigo Flaxweed, who got me started several years ago on these infusions with chokecherry (but a prickly pear sample is here), has an outrageous herb garden, buckets of which she brought to the mix. The Lioness invited us all to her place to forage in the wilds. The Chemist brought grape leaves (Vitis vinifera) and sweet flag (Acorus calamus) from his garden; Bee Lady brought a few nutmegs and helped with plant ID; and Strawberry Tree brought a bundle of dill (Anethum graveolens). 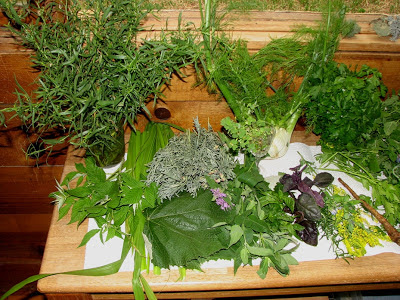 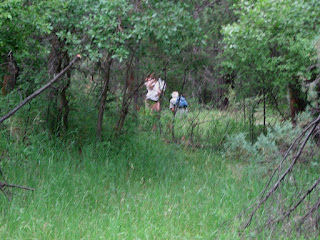 Unfortunately, the droughty summer limited foraging success, though we were able to add small amounts of beebalm (Monarda fistulosa), chiming bells (Mertensia ), plantain (Plantago major, a weed), raspberry leaves (Rubus idaeus), salsify root (Tragopogon sp.), wild peppermint (Mentha piperita), and some sweetclover (Melilotus officinalis) just to get our species count up. Always helps if you can use weeds or exotics; we were extremely cautious about taking more than a leaf or two from natives in this bleak season. Most of the largess shown here is home-grown, but you may be able to spot a few foraged varieties. 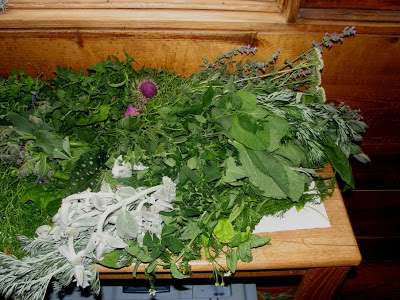 I brought balm (Melissa officinalis), the one thing I can grow, and exotic spices and fruits, including cinnamon, star anise, bay leaves, cloves, cardamom, and some lemons and limes. And, of course, vodka. 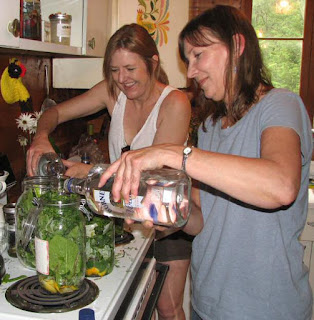 Thanks to Indigo Flaxweed's incredible garden, we ultimately assembled about 62 ingredients! Again this count excludes the vodka, of which Indigo and the Lioness are here adding copious quantities. It made for a phenomenal brew. 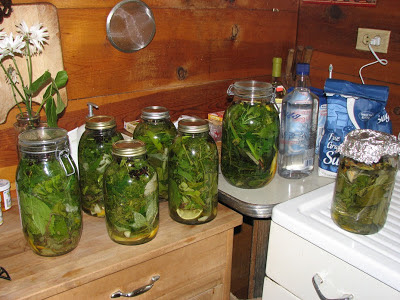 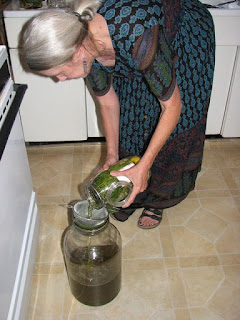 Next day the Lioness and I met to decant—this isn't one you need to leave for weeks of slow steeping, but is ready overnight. Taste before decanting to ensure flavors have developed. Our 62 ingredients quickly turned into a tasty potion.

After decanting, the infusion is blended with a simple sugar syrup (1 part sugar, 1 part water or sweeter if you like) to attain palatability. Start with 1 cup syrup to 3 cups brew, and adjust to taste. Although both batches were quite green at first, the final result became a lovely golden color within a day or two. 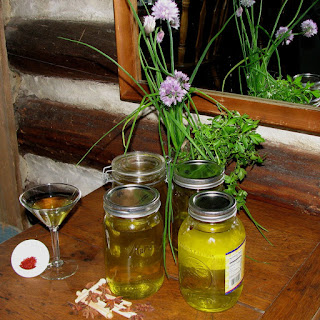 To this day, I can't report whether or not it tastes like a proper Chartreuse, or even any of the French clones. I've yet to invest in a "real" bottle!

We were more than happy with its complex earthy flavors; perhaps our palates were piqued by the thrill of creation. The first batch, though simpler in content, seemed just as delightful as the second and was equally appreciated.

In sharing it with others, however, we find people react with either enthusiasm or disdain. As with cilantro—perhaps because of the cilantro—our homebrew triggered a love/hate response. Happily, it has more than enough admirers to ensure a ready market for any we were willing to share. Honored Elder swears it makes a perfect bedtime cocktail.

Strawberry and the Chemist, however, aren't big fans of the alcohol version. For them, we infused some of this incredible mix of botanicals in vinegar as well. That one steeped for a couple weeks, but the final result was also more than adequate, I think, though I can only vouch for the cordial! 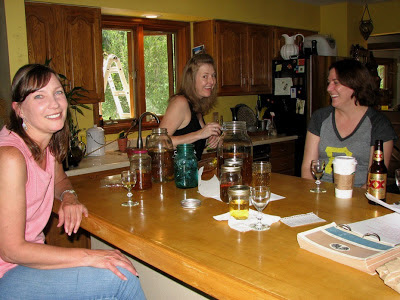 The tasting (above) offered opportunity for further experiment and adjustment. What if we sweetened with honey or agave, instead of simple syrup? Pinch of this, pinch of that... It turned out that a final secret ingredient—contributed by the Queen's Taster—put this concoction over the top, at least to our taste buds. We already knew a little chile pequin gave it a zing, but the real winner proved to be ... habanero! 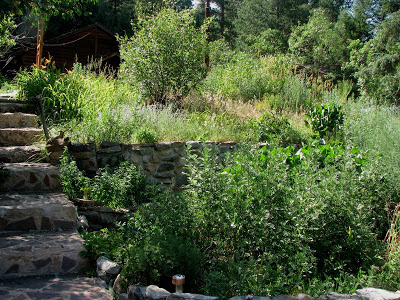 You would think all those bottles would last a while! And they did, through year's end. The saga went on... but that's another story!

The Plants
In some cases, my best guess... Warning: Possible obsolete taxonomy, but this should get you there.

They were monks, and maybe they couldn't get anything better.

What an amazing undertaking - and how fun it must have been.

Not only are the Carthusians monks - they are also a silent order - so no wonder they had time to develop such a complex mixture.